Fly from the UK to Italy and check in to the Palazzo San Michele Hotel. Unpack and start your tour in Italy with plenty to explore.

Go on a Skip the Line Tour to Pompeii and Mt. Vesuvius Experience. You can add more tours to your holiday in Italy.

After a great holiday in Naples, it’s time for your return from Italy to the UK.

FAQs When Booking a Holiday to Pompeii Mt. Vesuvius

Pompeii, popularly known as the ancient Roman city of ashes is on the bucket list of many tourists. This ancient city in southern Italy which was completely destroyed by the eruption of Mt. Vesuvius, gained world recognition after it was rediscovered in the late 16th century. The impeccable way the ruins were preserved for centuries due to its quick burial has made it one of the most popular tourist attractions in Italy as well as a UNESCO World Heritage Site. Since then, Mt. Vesuvius has erupted a number of times, however, the last eruption was in March 1944. Pompeii Mt. Vesuvius is definitely a must-visit site and is located in a national park with multiple nature walks and spectacular views.

How far is Pompeii from Mt. Vesuvius?

Pompeii is located about 5 miles (8km) away from Mt. Vesuvius and it takes approximately 30 to 50 minutes to get to Mt. Vesuvius from Pompeii.

What happened to Pompeii when Mt. Vesuvius erupted? Was it destroyed?

The fragments of ash and other volcanic debris poured across the city of Pompeii like a flood and covered the entire city to a depth of at least 6 meters. Thus, this eruption completely destroyed the city of Pompeii and killed thousands of people. However, later when the city was rediscovered by a group of explorers they found that Pompeii was mostly intact underneath the thick layers of ash and other volcanic debris.

Can you walk from Pompeii to Mt. Vesuvius?

Pompeii and Mt. Vesuvius are two different locations and the distance between the two is far too great. Thus, it is not possible to walk from one to the other.

How to get from Pompeii to Mt. Vesuvius?

The easiest and cheapest way to get to Mt. Vesuvius from Pompeii is via the local bus companies that are stationed near the Pompeii Villa Dei Misteri Circumvesuviana train station. These bus services run every 40 to 50 minutes throughout the day.

How long did it take for Mt. Vesuvius to destroy Pompeii?

It is said that the eruption lasted for 18 to 20 hours and Pompeii was buried under approximately 15 to 20 feet of volcanic stones and ash.

How long does it take to hike up Mt. Vesuvius?

The hike up to Vesuvius would take approximately 20 to 30 minutes and the same amount of time to get back down as well. It is not particularly a very difficult hike, but it is definitely worth your while. In the beginning, it is quite steep but it becomes gradual towards the top.

Is it possible for children to visit Pompeii Mt. Vesuvius?

Yes, children can visit both locations. However, it should be noted that it is difficult to get around both Pompeii and Mt. Vesuvius with a stroller or pushchair so, if you are travelling with a small child, it is better to opt for a baby carrier or backpack. Baby Points are also available at Pompeii, for you to feed and change your child in privacy.

Yes, it is at present the only active volcano on the European mainland, on the west Italian coast. However, the last time Vesuvius erupted was way back in 1994.

Is there an entry fee to climb Mt. Vesuvius?

There is an entry fee of 10 Euros to the Vesuvius National Park. Children who are not taller than 1.2m are allowed to enter for free. The ticket also includes a guide in either English or Italian.

Is it worth visiting Pompeii Mt. Vesuvius?

Whether you are a history buff or not visiting the ancient city of Pompeii and Mt. Vesuvius is definitely worth it. Pompeii and Mt. Vesuvius are both awe-inspiring, once-in-a-lifetime experiences that you simply must not miss out on. You can easily spend a day roaming around the city and hiking Vesuvius. If you are lucky, at the top of Mt. Vesuvius you will be able to see and smell the smoke that still rises from the crater.

Is it safe to visit Mt. Vesuvius?

It is completely safe to visit Mt. Vesuvius but before you go, you should be prepared. You must wear comfortable shoes as you will be climbing, so sandals, flip flops or pumps will not be the best choice. You will feel tired, so take a bottle of water with you. It is also best if you check the weather before your trip to Vesuvius. Although it hardly ever rains in Naples, it is not safe to climb the crater if it does rain.

What should I wear to visit Pompeii Mt. Vesuvius?

We suggest comfortable clothing and footwear when visiting both locations. A cap or hat, sturdy covered shoes suitable for long walks and climbing, sunscreen and sunglasses, (especially if it’s during a hot summer day) are recommended. We also suggest you take layers when visiting Mt. Vesuvius as it may get chilly when reaching the top.

How long does it take to tour the ruins at Pompeii?

If you want to tour every inch of Pompeii, it would take about two full days to cover the entire archeological park. However, realistically, most of the ruins can be covered in approximately 4 hours or so. Longer tours are also more than welcome, but they will tire you out, especially on hot, sunny days.

Large bags and backpacks are not allowed inside the Pompeii Archeological Park for security reasons. However, if you are carrying one, there are free baggage checks at the entrance to the ruins for you to keep your bags safely. When it comes to Mt. Vesuvius, it is definitely the best choice to travel light. Although you are allowed to carry bags, the best and smarter choice is to carry a small backpack or side bag with just the necessities like water, a snack etc.

Can I have a picnic at Pompeii Mt. Vesuvius?

Yes, you can have picnics at both locations. There are a number of picnic areas inside the Pompeii Agricultural Park as well as the Mount Vesuvius National Park. You can bring your own food or purchase something from the snack bars that are available at each location.

What are some interesting facts about Pompeii Mt. Vesuvius? 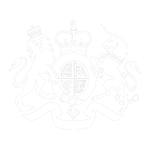 GET YOUR HOLIDAY QUOTE